Winners of Intelak Incubator take off 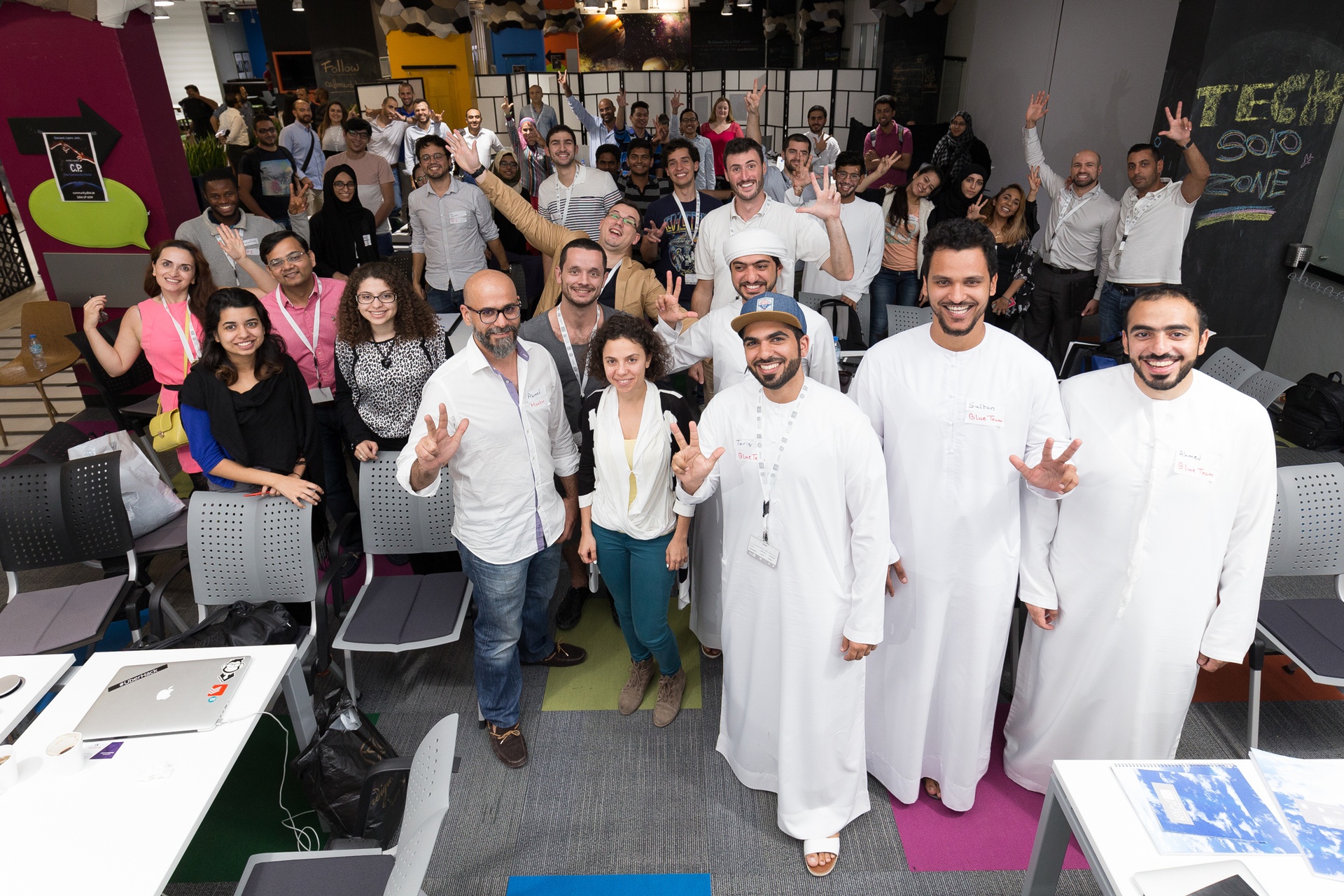 The Intelak initiative, which means ‘take off’ in Arabic, was launched in September to give innovators, entrepreneurs and students from across the UAE the opportunity to enrol in a tailored incubator programme that will allow them to further develop their concepts. All submissions were focused on the travel and aviation sector, and sought to make passengers’ travel journeys simpler, better or more exciting.

Led by Aya Sadder, Intelak’s Incubation Manager, teams were asked to pitch their ideas in a filmed pitching session called Cabin Pressure, similar to the popular American TV show, Shark Tank. After the rigorous selection process, including a week-long boot camp, four start-ups were chosen to be enrolled in the Intelak incubator programme which officially commenced last week. Episodes of Cabin Pressure will air in the coming weeks on the founding partners’ digital channels. The judging panel included Neetan Chopra of the Emirates Group, Rania Rostom of GE, and Francisco Salcedo of Etisalat Digital,

“We have seen some great talents come through the selection process of Intelak, giving us a real glimpse into the future of travel and its emerging leaders. We are excited to move to the next stage of this journey, the incubation period, where the entrepreneurs will get to grow their ideas, develop them and turn them into a pragmatic reality that will shape the future of aviation,” said Aya Sadder.

From creative travel solutions aimed to enhance passengers’ baggage experience to on-board product developments, the winning ideas qualified their owners to receive AED 50,000 each to begin their journey with Intelak.  The pioneer intake of Intelak will now be spending four months at the aviation incubator headquartered in Dubai Technology Entrepreneur Centre (DTEC) to undergo training to move their winning ideas into businesses. The four winning startups include Dubz, Storage-i, the Conceptualisers, and Trip King.

Winners of Intelak Incubator take off